Note: It's a good idea to check with a video game's terms of service before streaming a video game or other copyrighted content. Check with an attorney if you're not sure. This VentureBeat article has more information on the legalities of video game streaming.

Also, it's becoming popular to create screen recordings or screen captures for personal use. For example, you may want to take a screenshot of a software problem you're having to show it to technical support.

If your project is on a tight budget, you may not be able to spend much on Mac recording software. But don't give up. There are plenty of free and open source screen capture and screen recording software options for the Mac. Here's a great list of options to try:

OBS Studio is a popular open source Mac recording software tool that works well for live streaming games on Twitch and recording other information as well. Mix material from more than one source to create a single recording. If you're not live streaming, it also includes some good edit options.

One drawback to OBS Studio is the learning curve. Users report that there's not much training material included with the download. Fortunately, the software seems to be catching on—so third-party tutorials and videos are available.

Monosnap is a free and highly-rated screenshot editor that you can download from the Mac App Store. You'll find that it includes many screen capture features that you'd find in more expensive software such as editing and annotation capabilities. While you may think of Monosnap as primarily screen capture software for Macs, there's also a video tool that lets you use it as Mac recording software. One helpful feature is the ability to stop your recording and then start again.

This tool has good basic functionality that'll work well for many projects. If you need more advanced capabilities, you may wish to look at one of the premium tools.

Apowersoft is another option for free Mac screen capture software. Here are some key features:

This browser-based tool does not support streaming, so if you're wanting to use Mac screen recording software to broadcast games or other information this tool may not be for you. But for other screen recording projects, this tool could work.

If you need more than the free version offers, there's also a premium version called Apowersoft Unlimited that includes all Apowersoft products.

For a free screen capture tool, TinyTake comes with a lot of perks. It's easy to use and has some useful features. It includes a free cloud storage service with 2GB of storage. You can annotate videos. And if you create a lot of screen recordings, bulk file sharing is available. If you need more features, there's also a premium version.

Like so many other Mac screen recording software tools, there's a premium version of the software available too. However, this basic tool may be enough for some projects. Plus, there are quite a few tutorials right on their website to make learning it easier.

This free version is hosted on their site and has a watermark, which could be annoying. Also, free users can't use the computer audio system or record the full screen. And, you're limited to a 15-minute recording with the free version.

Jing is a basic screen capture tool from TechSmith, a company which also developed Camtasia and Snagit (see our discussion of Premium Screen Recording Software for Macs below). Although it's an older tool, Jing still has a following and it's still useful.

TechSmith is known for having excellent training materials, and Jing is no exception. You'll find plenty of written and video tutorials on their site. Plus, there's some nifty features like the Capture Hotkey and the ability to copy an image from your screen into an email or document. Plus, it plays nicely with other TechSmith products—you can edit a Jing image in Snagit or edit a Jing video in Camtasia Studio.

This free Mac screen recording app has a four-star rating on the Mac App store. It was designed to allow you to make and share GIF screen recordings quickly through application's server. One drawback is that this tool doesn't record audio. Another drawback is that your recordings are limited to five minutes. If you can work within those constraints, this tool might be for you.

Quick Time Player comes installed on your Mac—so you probably already have it. Although you'd think it can only play videos from its name, it does have some basic recording abilities and can be a good tool for that purpose. It even has some limited editing capabilities, or you can use iMovie (also free) to edit it.

ActivePresenter is a Mac screen recorder that bills itself as an all-in-one tool. The free edition lets you record your screen as a full-motion video, complete with audio. You'll also have access to a range of annotations such as shapes, zoom-n-pan, closed caption, and more. However, it'll add a watermark to non-supported file formats. To get rid of the watermark, you'll need to upgrade to one of the premium versions.

The IceCream Screen Recorder is part of a suite of apps for Mac and Windows. This screen recorder app lets you take screenshots or videos quickly and easily. You can even add shapes and text as you record.

With the free version, however, your file format output is limited to WEBM. Also, your video recording time is limited. If you find yourself needing more features, you can upgrade to the Pro version.

If your screen recording project needs a more full-featured tool, you may want to consider a premium Mac screen recording software tool. These tools tend to have more functionality, suitable for most professional projects. Many of these tools offer a trial version try-before-you-buy option—I'll point those out as we go. Here are some of the best screen recorders for Mac that you can buy:

As someone who creates tutorials professionally, I've found Camtasia from TechSmith to meet my screen recording needs. The Mac version of this recording software is just as full-featured as the Windows version. You'll find you've got a full set of editing and special effect features including the ability to draw on the screen, do annotations, blur, add captions, and more. Plus, you'll be record and edit audio—and much more! The company also offers quite a few training videos.

The one downside is that Camtasia can be expensive. At the time I wrote this article it was $249 for up to four users—although there are discounts available for academic and government users. Fortunately, Camtasia is one of those packages that offers a free trial, so you can try out the features before you make the purchase.

ScreenFlow gives you the capability to create high-quality screen recordings, making it the professional choice of Mac screen recording software for many businesses and educators. You can also use it to create iOS recordings, which is nice to know in today's digital world. It has professional editing options such as the ability to do annotations, blur, add captions, and more. One cool feature is the ability to zoom into a focal point on your screen. Plus, you can switch between a webcam recording and a screen capture. Plus, you can download a free trial if you're not sure whether it's for you.

Snagit is another TechSmith product that I often use for screen captures, but what many people don't know is that you can also use it to record a simple short video and share it in GIF or MPEG-4 format. You can even record audio with your video. Of course, if you need more advanced editing tools for your screen captures, you'll want to use Camtasia. And, there's a free trial available if you want to try it.

This Mac screen recording software is becoming popular with gamers. It lets you record from your computer and webcam at the same time. Plus, you can record sound. Here are some key features:

If you think this tool might be for you, a free trial version is available.

You can find this basic Mac screen recorder in the Mac App store. With a low cost (under $5.00 at the time of writing) and relatively high ratings, it's worth a look if your screen recording or screen capture needs are simple. Not only can you record your screen, you can also record audio and even add some text and a logo. When you're done, trim and compress your recording.

This is another screen recorder and screen capture tool for Macs from the Mac App store. As such, you'll pay a relatively low price to get some core recording features such as the ability to record voice and system audio simultaneously. You can also choose between recording the full screen or part of the screen. Best of all, your recording length isn't limited.

Next Step: Choose Your Own Mac Screen Recording Software 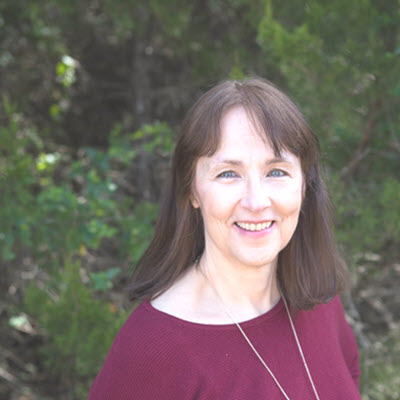 Laura Spencer
Business author and copywriter, North Texas, USA
Laura Spencer loves words, so after getting a business degree it's no wonder that she became a writer. She uses her business knowledge to help a wide variety of audiences. She's also our Associate Business Editor here on Tuts+. Laura has managed her own writing business since 2002. Before that, she worked in corporate America as a technical writer and as a marketing writer. Her current specialties are business writing, copywriting, editing, and web content. She's also co-authored several ebooks. Check out her latest ideas on her blog.
TXWriter
Weekly email summary