Switching to Freelance: How to Negotiate to Work Less Hours in Your Job

Freelance businesses can have small beginnings. I found our recent poll on "Where Are You Taking Your Business" interesting. It was educational to see where everyone is heading with their freelancing. Most are building a business for themselves. Only 7% of people are using freelancing to get themselves paid employment. I'm heading in the opposite direction: scaling down my full-time employment to grow my hours available for freelancing.

I've been balancing freelancing with employment for several years now. After starting my computer support business, I took on some part-time employment to stabilize my income. Although the hourly rate wasn't wonderful, it was good knowing that there would be a certain amount of money in my bank to pay the rent. In those first few months of freelancing my income fluctuated wildly from week to week.

After some months, one of my employers offered me a full time position. It was a position I found it hard to say no to. My wife and I had been talking about purchasing our first home, and I thought that a full-time permanent position might make it easier to get a home loan. It did. That was around two years ago, and since then I've continued to freelance with computer training and support in the evenings and weekends.

Last November I started freelance writing on top of all of that. It's going well. Since the birth of my baby six months ago I am aiming to spend more time working from home, and less time roaming the countryside fixing computers. I've recently reached the place where to grow my freelancing further, I need to reduce the hours I spend in full-time employment.

Over the last month I have successfully negotiated with my boss to do just that. Here are 5 principles I learned along the way:

1. Be honest and specific about your aims

Before speaking with my boss, I worked out exactly what I was aiming for. I asked myself lots of questions: Is this the right time to cut back on my employed hours? Can I afford the reduced wage? How many more hours a week do I need to grow my freelancing? What time of day do I work the best? (Do I want some hours off in the morning or afternoon?)

It took a while before I was confident of the right answers to all of those questions. And there was no point talking to my boss until I was confident. I decided that I wanted an extra 10 hours each week for freelancing by finishing work two hours early each afternoon, Monday to Friday.

Once I was confident, it was time to make an appointment with my boss. I knew that cutting my hours back was a fairly serious thing to ask, so didn't want to just mention it to him in passing. My annual review was due within a few weeks, and I decided to wait until then. There was some paperwork to fill in before the meeting, including a space to write down my goals for the next year. Among other goals, I wrote down as clearly as possible that I wanted to reduce the hours I worked each week.

2. Clarify how flexible you - and they - are willing to be

At the end of my (thankfully very positive) annual review, it was time to talk about my hours. I'm glad that I had briefly mentioned that goal in writing. Putting it on the agenda like that made it easier to raise the issue at the meeting.

My boss was already aware of my computer support business, but hadn't heard about my writing. I told him briefly about both, and how late into the evening I often worked, and how good that it would be to be at home more now that there is a baby in the house.

Then I spelled it out as clearly as I could: "I'd like to work 10 hours a week less by leaving two hours earlier each afternoon. I realize that is a big change, and it will take time to work the request through. I also realize that sometimes emergencies come up, and I will occasionally have to work back a few hours just as I do now."

I also gave the option of dropping those ten hours a week instantly, or to be a little flexible for the first few weeks while we worked things through. The advantage of the former option is that it gave the company money to pay someone else 10 hours a week to take on some of my job, while the second option gave them a way of easing into the new arrangement without having to make all of the changes at once.

3. Realize there may be a process involved in making it work

My boss is wise and diplomatic - a good guy. He said, "Thanks for bringing this to me. I'd like to try to make it work for you. But to be honest, I can't see how it is going to work. I know that your job is already a busy one, and I can't see how you can do the same work in less time. Let's both take some time, and consider the best way forward."

I don't know whether all bosses would answer that way. You may have a boss who just says "No" if he can't see a way forward. Perhaps your boss will be offended, and think about firing you, thinking that you don't really want to work there any more. You may have a very agreeable boss who says "Yes" on the spot.

Whatever your boss' response, there will almost definitely be a process involved in discovering the best way to make the new arrangement work.

4. Clarify your role and how you spend your time

That was a Friday. Early the following week I received a note from my boss asking me to write a detailed list of my roles and tasks, and consider which could be passed on to someone else. His concern is easy to guess: he wanted to make sure that everything I was doing still got done if I cut back my hours.

Many of you will be in the same position I am: you wear many hats (some without realizing it), your tasks and projects change and develop constantly, and if you keep careful track of your time, you find that you spend whole blocks of it in places you didn't realize.

It ended up taking almost two weeks to process all of this. As a result, I was able to group some tasks that I thought were fairly random together into a role that someone else could take on. Some of my roles would be appropriate for a new middle management position they were interviewing for at the time. I identified many small tasks that could be done by other workers in the organization without adding too much to their load. And I wrote down on my list that I would be more productive with the remaining jobs if there were fewer computer support-related interruptions in my day.

5. Allow time for the process to take place

After handing in my list of tasks and roles and recommendations, lots of management-level discussions and meetings were held. The new middle manager was hired and agreed to take on some of my roles, and strategies were put in place to minimize the number of interruptions in my day so that I can be more productive with the time that I have. I was told that I could start working 10 hours less a week from whenever I chose. I said, "Let's start next week!"

This week is the first week that I have an extra 10 hours for freelancing. It's several months after I started considering a change, and less than a month since I raised it with my boss. I'm excited, and looking forward to building up my freelance work further.

Freelancing doesn't have to be an all-or-nothing decision. With the right strategy, a flexible attitude and an understanding boss, you might find a way to scale back your full-time employment step-by-step. You will be able to build your freelancing without sacrificing your income. 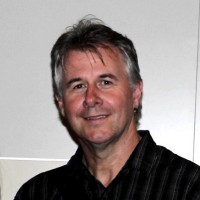 Adrian Try
Adrian is the Music & Audio Editor for Tuts+. He's been playing keys and acoustic guitar for three decades, and has six kids. Follow him on Twitter at @audiotuts.
audiotuts
Weekly email summary