Why Freelancers Should Watch Their Backs (Plus, Turn The Threat Into Opportunity)

If you take a look back through the comments here on the 'Switch there seems to be an uneasy current of tension that appears whenever anyone mentions working with freelancers who live in less than first world countries and charge rates of $10-15 per hour (or less).

You typically hear cries of "You get what you pay for", "You're exploiting them" or "You're devaluing the work of professionals in your own country"; they're classic defensive statements.

The problem is that with the globalisation of the economy and the increasingly internet-enabled population in less developed countries, it's opening up many industries to growing competition from all parts of the world.

And as a freelancer and business owner, it's not good enough to simply sit there and say "It's not fair"... it is what it is and only the savviest of freelancers will not only secure themselves and their business against the threat, they may even find a way of turning it to their advantage.

So here's why the defensive statements just aren't going to do you any good - and how you can turn the threat into an opportunity:

"You get what you pay for"

It's easy to assume that someone paying a designer $10 an hour is going to get a far less "professional" design than paying $50 an hour but it's not alway the case. There is a very good reason why designers in some countries can charge so little - and it's often to do with the cost of living, not with the lack of design skills or quality of work.

I say this having spent the past 14 months travelling around the world running a business from lower cost countries and having met global colleagues who produce exceptionally high standards of work at a fraction of the cost of UK/US counterparts.

Freelancers who live in countries like Thailand, India, the Philippines, Africa and elsewhere can afford to charge $10-15 per hour because on that amount they can still manage to support their families comfortably. That is absolutely not to say that the quality of work is going to be any less than yours - why should it be? To think otherwise is arrogant, ignorant and presumptuous.

Firstly, the people who claim this have often never actually worked with an overseas colleague - or ever asked them if they felt exploited. I have - I'm Filipina by birth and like to work, if I can, with other filipinos because to me, in some ways, it feels like I'm giving back. I'd far rather support local businesses and entrepreneurs by using their services than throw money at a charity.

I asked my Filipino VA what she says about being exploited by us wicked westerners and here's what she said:

"I always feel bad for those people who don't like the idea of hiring VAs from third-world countries just because they think that low rates equal low quality of work. If they feel that hiring someone from a third-world country charging low rates is tantamount to exploitation, my advice is why not try working with one first? Then, if you find that he/she is doing quite well, by all means, let go of that guilty feeling by paying higher. I hope more people realize that service providers from poorer countries can afford to charge lower rates because of the low cost living NOT the low quality of work."

There is nothing new about outsourcing or using labor from countries where the costs of doing so are lower - it has been happening in many industries for years. That's not to say it's right but it has frequently supported and driven the overall growth of an economy - just look at India.

"You're devaluing the work of professionals in your own country

Only if you let it; and this is where the savviest of freelancers will see an opportunity and not a threat. So what can you do?

Here's where it gets really interesting...

There is little doubt that you already have enough competition from freelancers within your own country, yet alone having to cope with lower cost competitors from overseas; and if freelancers don't watch their backs, they can easily be undercut, priced out of the market and driven out of business by those offering to do it better (or just the same) faster and for less. But that's a worst case scenario and one that's not worth focusing on.

Instead, let's look at a few ways that you can turn this to your advantage:

I'm sure many of you have had a few prospects not work with you because you were too expensive for them and quite rightly, you weren't willing to budge on your rates. So the prospect went elsewhere, you lost that income and that was that.

What if you could offer a lower cost option? Perhaps provide a solution that the prospect is looking for at the lower rates they're looking for? How do you do that? By outsourcing the work to a third party supplier.

There are a number of ways you can work this and commercials and details are up to you to thrash out - but it's certainly an opportunity to provide a more affordable version of what you're offering and a solution to a client that you would otherwise have lost.

Have you ever had to turn down work because you just couldn't fit it in? Maybe you're at a stage where you need to grow your freelance business but you don't want the extra hassle of employing someone or perhaps you've turned down a client because you just didn't want to do that kind of work.

Outsourcing work to third party suppliers is a way to expand your business capacity and the volume of work you can take on without the additional admin of employing someone in your business.

The company I run was recently asked if we could help a client with a rather large project that went beyond our technical skills. We could help with the business/process/design aspect but there was no way we could build it. So we proposed a project management type solution where we would complete the aspects we could do and then manage the development for them. Rather than having to turn away the project, we leveraged our suppliers, worked to our strengths and ended up making a nice profit from the overall job.

Whether you're positioning yourself to your target market as the "one stop solution" or not, becoming known as the "go to" provider amongst your clients and prospects is likely to help not harm your business - and working with suppliers who can offer the technical skills you can't is one way to do this.

Some things to watch out for...

The success of the above strategies obviously depend upon quite a few aspects - here are some of the things you'll probably want to consider:

It's very easy to feel threatened when the world comes banging at your door, threatening your livelihood and challenging the freelancing business you've put your heart and soul into; and it's easy to feel hopeless and frustrated by your seeming lack of ability to do anything about it.

So instead of seeing your global colleagues as a threat, focus on ways to work together to strengthen what you both do and you might begin to see the opportunities emerge rather than the threats that loom. 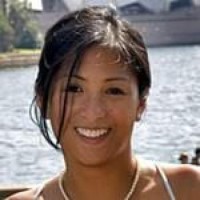 Lea Woodward
Lea Woodward is a location independent business owner. She runs her business - Kinetiva - with her creative husband, Jonathan, whilst trotting around the globe. She is also the founder of the Location Independent network.
Weekly email summary