What Is Rolestorming? A Useful (+Playful) Group Brainstorming Method

Brainstorming is a terrific technique for inspiring creative thinking and generating new ideas. Sometimes, though, you may have a tough time getting the outcomes you need from a brainstorming session. When that happens, you need to go beyond traditional brainstorming techniques, and it may be time to try rolestorming.

What is Rolestorming? It's a group brainstorming method invented during the 1980’s by business guru Rick Griggs. Its basic premise is simple: brainstorm while playing the role of another person, and you’ll be more likely to suggest out-of-the-box, creative ideas. While this approach may not sound like a game-changer, Griggs has built a business around the outcomes of this unique creativity-booster.

According to Griggs, there are a number of issues associated with run-of-the-mill brainstorming. Among them:

Rolestorming requires participants to step out of their own skins and into someone else’s. This experience allows them to think about the problem or opportunity in a new way—and, often, to come up with new and creative ideas.

According to Griggs, rolestorming not only results in more creative ideas, but it also lowers anxiety. Apparently, when people are asked to suggest ideas “in character” (rather than in their own voice) they are less fearful and more likely to speak up. They also find it easier to step away from the nitty gritty details and become more innovative. This is the case even when individuals are typically shy, anxious, or concerned about the response they’ll receive.

There are several different ways to “become” someone else, and each has its own plusses and minuses. You’ll need to determine which approach is most likely to produce results in your particular situation. It’s also possible to experiment with different approaches to keep things fresh and interesting.

Participants can all take the same perspective, choose from a list of options, or choose their own perspective. They can work in groups, or individually. They may be asked to interact in character, or simply to brainstorm as their given character.

While brainstorming is a process, rolestorming is more like a game. In some ways, this makes it easier to establish and stick to ground rules. In general, rolestormers should:

Rolestorming can be even more demanding than ordinary group brainstorming, so it’s important to be well-prepared before jumping in. To get started:

Rolestorming is, in essence, a form of improvisational acting. Improv is great fun, and it can be very creative, but it may be new to some of your team members. While some people will love rolestorming and jump in with both feet, others will find it embarrassing or confusing (at least, at first!).

As facilitator, your job is to make sure that everyone is comfortable with this new type of brainstorming method. To do this, you may want to show the process of rolestorming by actually demonstrating some rolestorming by yourself or with a preselected partner. You may also want to use some warm ups or icebreakers.

Icebreakers can be fun interactive games that are unrelated to the group brainstorming process. For example

Consider using some improvisation warm ups as well, to allow participants to get into the right frame of mind with no strings attached. A few such warm ups include:

You can assign roles, have participants randomly select roles from slips you’ve placed in a basket, or allow participants to select their own roles.

Once everyone has a role, show the group a list of questions about their character, and give them time to prepare their answers. Depending upon your choice of topic and character type, questions can range from “Why does your character want our product” to “What are your character’s superpowers?”

Ask each individual in turn to speak in character about the topic at hand. For example:

If appropriate, you may want to have characters interact with one another.  For example:

If time allows, once everyone has had a chance to rolestorm, do it again–reassigning different roles.

You can discuss your discoveries after each role play, or ask participants to discuss what they’ve discovered after the end of the session with the help of the facilitator and note taker.

Plan for Next Steps

As with any form of brainstorming method, rolestorming is intended to produce actionable ideas. Once you’ve reviewed your findings, selected the most relevant and list them. Now it’s time to plan for your next steps.

What do your discoveries suggest for action?  List the actions you feel are most appropriate based on your findings. For example, based on the rolestorming experiences described above, it may be appropriate to assign or hire technicians to interact with clients, to train the salesforce so that they can provide details about the products they sell, and so forth.

Assign multiple individuals to each action, ensuring that those individuals have the knowledge and ability to move forward. Set goals for each group. Set a timetable for reaching each goal, and plan for updates and group meetings to check on progress and setbacks.

Rolestorming is a unique form of group brainstorming that involves role playing. By taking on a character other than oneself, participants can shed inhibitions and think outside their own job description or pre-suppositions.

Rolestormers may play real-world characters such a clients or managers, or they may play fictional characters such as superheroes, business leaders, or well-known celebrities. Ideas generated by rolestorming can be groundbreaking–but they are only useful if they’re properly recorded and then acted upon.

This tutorial on Rolestorming is part of our Ultimate Guide to Better Brainstorming Techniques. Learn more about how to run other types of brainstorming sessions and additional effective methods to brainstorming:

Brainstorming techniques are great for coming up with a number of innovative ideas, which you can then use to transform your business and generate results. 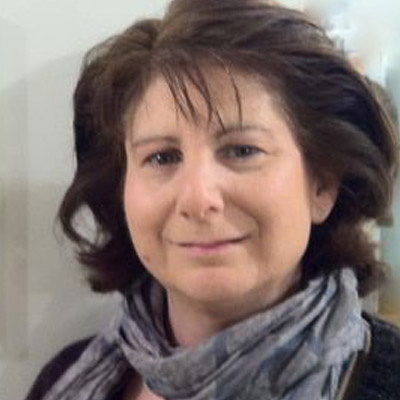 Lisa Jo Rudy
Writer and Consultant
Lisa Jo Rudy has been a professional writer for more than two decades. She writes for businesses and non-profits, and has taught and written on topics ranging from accountability to zoo collections.
Weekly email summary