How to Customize Your Ubuntu Desktop

Linux has long been the underdog to Windows and Mac OS X, trailing as a distant third in popularity to the other to operating systems that are installed by default on most computers. But Linux is gaining popularity as a free alternative to Windows. As Windows XP is now unsupported and many local governments are using Linux on their computers, chances are you'll end up using it sometime.

There's a wide selection of Linux distos, or bundles of the core software with unique desktop interfaces and apps, but the most popular is Ubuntu. It's free, easy to use, and even ships on a variety of PCs from Dell and others. If you want to move your PC from XP, it's the best option—and it's the variety of Linux you're most likely to end up using anywhere else. You can find a host of useful Linux apps on Envato Market, and the range is growing all the time.

In this tutorial, you'll learn how to customize your desktop in Ubuntu's Unity desktop interface so it'll look just like you want. You'll also learn how to tweak its settings to get menus and more working the way that works best for you. Let's dive in.

Let's first customize the desktop, and then take a look at the launcher and menubar to see how we can customize them as well.

To access Appearance Settings in Ubuntu, let`s click on User menu at the top right corner, on the top Menu bar and select System Settings...

A window will pop-up with All Settings divided into Personal, Hardware and System options icons. Let's first select the Appearance icon.

On the left side of Background part, you can see your current wallpaper. On the right side is part where we can select one of Ubuntu wallpapers. Clicking on any thumbnail our wallpaper will be changed right away, with a fading effect.

If you want to select wallpaper from your Picture folder, click the drop-down menu above thumbnails and select the Pictures Folder. You'll see all the pictures in your Pictures folder as thumbnails, where you can select them as your wallpaper.

To add wallpaper that is in another folder, just click the plus icon below the thumbnails and then in pop-up window, select the path to our custom folder and choose the picture inside of it.

Ubuntu also has an option to change the Desktop theme, which in one click will change the entire way your computer looks. To do that, click on the drop-down menu below the Wallpaper thumbnails, and choose between Ambiance, Radiance, or High Contrast. Ambiance is a light theme that looks a bit more Mac-like, while Radiance is the darker brown theme used in Ubuntu by default.

You can also change the size of the Unity Launcher icons in the left-side toolbar. Simply click on the little slider below the theme options and drag it to the left to reduce icon size, or drag it to the right to increase the size.

In Ubuntu, your icons can be as small as 16px wide and as large as 64px wide. Ubuntu uses resized png images that are automatically loaded while we moving slider button, so you can see the results right away without losing any quality in the icons.

The second tab under Appearance settings is Behavior, where we can change some basic settings for the Unity launcher and top menu bar behavior. You can auto-hide the Unity launcher, enable the workspaces and Show Desktop icon, and choose where to locate the window menus from your apps, a new option in Ubuntu 14.04.

If you want to extend your Desktop space for couple of more pixels, you can hide your Unity Launcher. All we have to do is to click the On/Off button at top right corner inside Behavior tab, and Unity Launcher will be hidden right away.

Then, you can bring back the Unity Launcher by moving your desktop to the Reveal location of your choice: the left side of the screen, or just the top left corner. Pick the option you want, then set the Reveal Sensitivity slider to the level you want to have your launcher come back quickly or slower.

Tip: never set the reveal sensitivity at the lowest level because it will make it hard to get the launcher back.

Another great option that Ubuntu offers is enabling the Workspaces and Show desktop icons. Both of them are very useful when we are working with a lot of opened Windows and we need extra space or to minimize all Windows at once and/or show the desktop.

To enable both (or one of those) icons, all we have to do is to check little box and icon will be shown in Unity Launcher right away.

Workspaces or virtual desktop is great Linux feature to provide us with more space, like extra "virtual" monitors. Simply by clicking on the Workspaces icon in Launcher, our screen will be divided into 4 workspaces. Select a desktop to work inside it, or drag one of your open apps to another desktop to use it there. Then, click the Workspaces icon again to jump back to another workspace. This is a great way to keep your work organized and not get overwhelmed when working with a ton of apps.

Show the menus for a window

New in Ubuntu 14.04 is an option to choose where window menu will be shown. In previous versions of Ubuntu window menu was showed in the top menu bar, much like on a Mac. If you've just switched to Ubuntu from a PC, though, it'll make more sense to have your menus inside your windows themselves. That's why there's now an option to have your menus either in the menubar or the window title bar.

By default, your menus will show up in the menubar along the top of your desktop, but if you switch it to the window's title bar, they'll show up right beside your window buttons, much more like in Windows.

The best thing is, you can never mess up your desktop the whole way. If anything feels wrong after you've tweaked your settings, there's a button at the bottom of the dialog for you: Restore Behavior Settings.  Click this, and everything will be reverted to the default settings.

Ubuntu gives you most of options you could want to customize your desktop to look the way you want. From changing your wallpaper and themes to some basic behavior settings in the desktop and more, you can get Ubuntu looking and working the way you want. It might still take you a bit to get used to, but at least you'll feel at home with it customized just for you.

Feel free to play around with settings until you get desktop look that's perfect for you—and we'd love to see your customized Ubuntu desktops in the comments below! 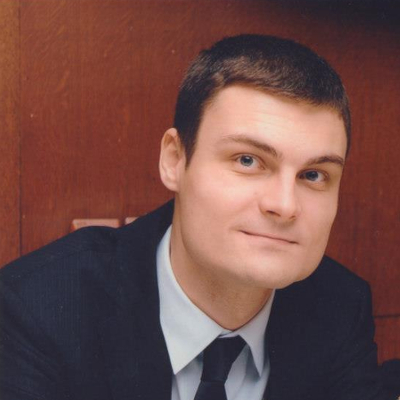 Mladen Jevtić
Mladen Jevtić is IT enthusiast, Linux lover and part time web developer from Belgrade, capital city of Serbia. Currently employed like IT Help Desk Specialist. In free time enjoying in reading books with cup of coffee and his fiance next to him.
Weekly email summary