20 Business Quotes for Inspiration and Motivation in 2022

Starting your own business is exciting. It's also difficult because you don’t know what’s going to happen. Whether you've got a small business or a large business, reading positive business success quotes from people who've been there can help motivate you.

If you need that inspiration, then continue reading for business motivational quotes from fellow entrepreneurs on other successful people.

Success is what every business owner strives for. But success can be difficult to achieve. When you aim for success, why not take advice from people who are already successful?

Success can mean hard work, and this can feel frustrating when you’re not getting the results you wanted. Your family and friends may not be business owners. So, they may not understand how business owners can struggle for a successful business.

It can feel frustrating and at times you feel like maybe you weren’t meant to be a business owner or it's not working. Here are some business owners that have achieved success.

Here are some business motivational quotes from successful business owners others talking about their success:

Larry Page is one of the co-founders of Google. Page is an American magnate, computer scientist, and internet entrepreneur.

“Don’t get in the way if you’re not adding value. Let the people actually doing the work talk to each other while you go do something else.” — Larry Page (Source: BEntrepreneur)

“I’ve come to believe that each of us has a personal calling that’s as unique as a fingerprint — and that the best way to succeed is to discover what you love and then find a way to offer it to others in the form of service, working hard and also allowing the energy of the universe to lead you.”- Oprah Winfrey (Source: U.S Chamber Of Commerce)

“Success usually comes to those who are too busy to be looking for it.” – Henry David Thoreau (Source: Forbes)

Christopher Isaac “Biz” Stone is an American entrepreneur who co-founded Twitter and Jelly.

“Timing, perseverance, and ten years of trying will eventually make you look like an overnight success.” - Biz Stone (Source: Twitter)

Estee Lauder was an American businessperson who co-founded the cosmetics company, Estee Lauder. Lauder was one of the only women on TIME magazine’s 1998 list of 20 most influential business geniuses of the 20th century.

“I didn't get there by wishing for it or hoping for it, but by working for it.”-Estee Lauder (Source: Huffpost)

Wilma Rudolph was an American sprinter who became a sports icon because Rudolph was a world record holding Olympic champion. Rudolph was also the first American woman to win three gold medals in one Olympics.

“Winning is great, sure, but if you are really going to do something in life, the secret is learning how to lose. Nobody goes undefeated all the time. If you can pick up after a crushing defeat, and go on to win again, you are going to be a champion someday.” - Wilma Rudolph (Source: Wilma)

Yoshikazu Tanaka is a Japanese Entrepreneur who developed the internet business, GREE Inc.

“I think the number one advice I can give is — you just have to start it. Just get your feet in the water and do it. I learned a lot from just trying it out.” - Yoshikazu Tanaka (Source: Tech in Asia)

2. Positive Business Quotes for When You Feel Stuck

Even though things can feel uncertain and overwhelming, you shouldn’t lose hope. It's best to stay focused on your goals. Also, trying different things when you feel stuck is the best way to feel unstuck. You can do several things:

Sometimes the stuck feeling is that you've just lost hope, and you need to feel hopeful again.

Here are some motivational quotes for business owners from successful people about feeling stuck:

Eleanor Roosevelt is an American political figure, diplomat, and activist. Roosevelt was the longest serving first lady of the United States.

"You gain strength, courage, and confidence by every experience in which you really stop to look fear in the face. You are able to say to yourself, I lived through this horror. I can take the next thing that comes along. You must do the thing you think you cannot do."- Eleanor Roosevelt (Source: Entrepreneur)

“Some people dream of success, while other people get up every morning and make it happen.” - Wayne Huizenga (Source: Thrive Global)

Jessica Alba is an American actor and businessperson. Alba co-founded the Honest Company.

“Being a woman in business doesn’t come without challenges. My advice? Surround yourself with other supportive women that encourage you, share ideas, and get you motivated.” - Jessica Alba (Source: Small Biz Trends)

Jill Konrath is a speaker, author, and sales strategist. SUCCESS magazine named Konrath on their list of 21 Sales Stars in North America. Konrath was also named in InsideView’s list of 25 Influential Leaders in Sales for three consecutive years.

"I got lucky because I never gave up the search. Are you quitting too soon? Or are you willing to pursue luck with a vengeance?" - Jill Konrath (Source: Entrepreneur)

Richard Parsons is an American business executive. Parsons is the former chair person of Citigroup and Time Warner. Parsons was the Interim CEO of Los Angeles Clippers NBA Franchise and an Interim Chairman on the Board for CBS.

“The road back may not be as short as we wish … But there are solid reasons to feel confident about the future.”- Richard Parsons (Source: Inc)

Creativity is important when you've got your own business. No matter what your business is, you’ll need to be creative. This is true whether your business is product design, website design, or even solving problems that develop. Creativity is needed to move a company forward and keep it growing and expanding.

Most people think creativity requires a messiness or chaos, but that isn’t true. To be creative, it's helpful to have routines in place. Creativity also requires focus on the decision or problem. When you’re making a big decision or solving a big problem, it’s best to focus on that problem without distractions. Following routines can help you limit distractions.

If you want to be a creative entrepreneur, here are some inspiring business growth quotes from successful entrepreneurs:

Susan Wojcicki is an American-Polish business executive. Wojcicki is the CEO of YouTube. Wojcicki was involved in the founding of Google and was hired as Google’s first marketing manager.

“Speak up. Don’t be afraid to say what’s on your mind or ask for what you want.” - Susan Wojcicki (Source: Yahoo News)

“Step out of the history that is holding you back. Step into the new story you are willing to create.” – Oprah Winfrey (Source: Entrepreneur)

“When you innovate, you’ve got to be prepared for people telling you that you are nuts.”- Larry Ellison (Source: Entrepreneur) 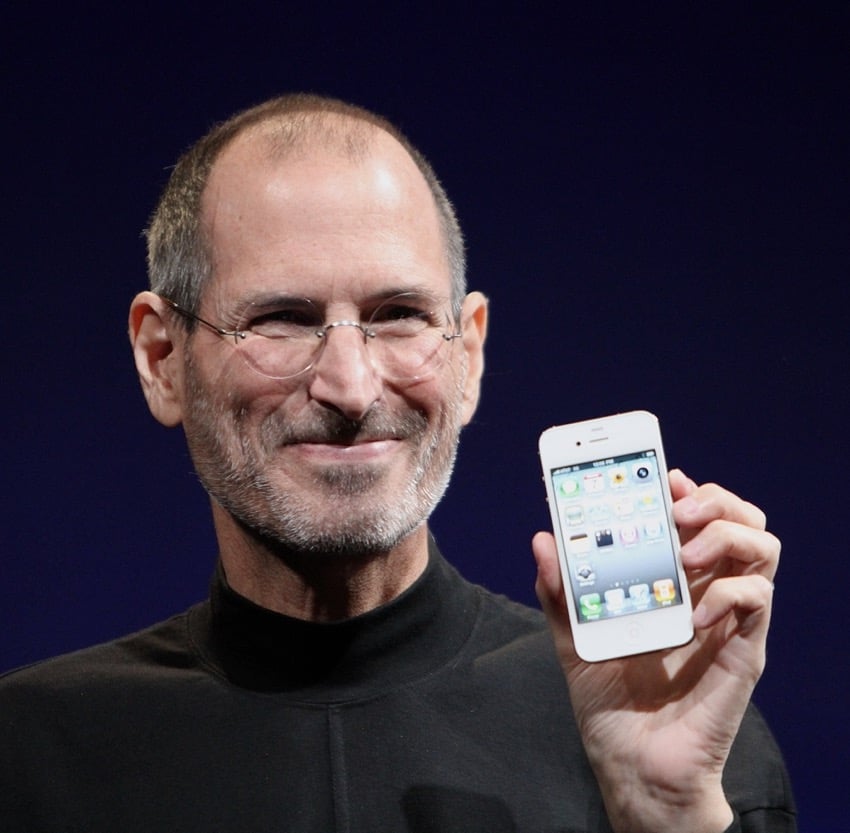 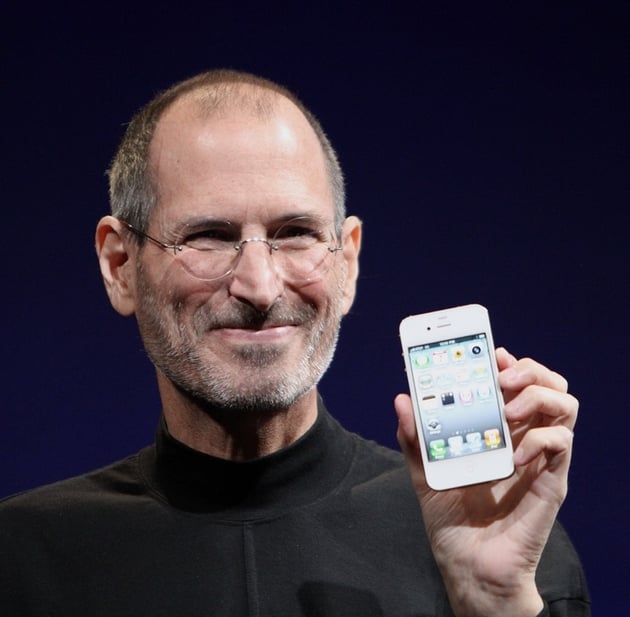 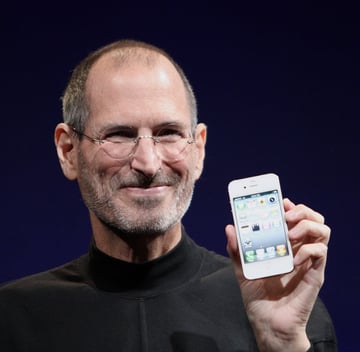 Steve Jobs was an American business magnate, industrial designer, investor, and media proprietor. Jobs was the chairperson, CEO, and co-founder of Apple Inc and NeXT. Jobs was also chairperson and majority shareholder of Pixar, and a board member of The Walt Disney Company’s board of directors.

Linda Naiman is the founder of Creativity at Work.

“Creativity gives you a competitive advantage by adding value to your service or product and differentiating your business from the competition.” - Linda Naiman (Source: Small Biz Trends)

"Follow your dreams despite what other people think, and work toward them every day."-Nydia Monarrez (Source: Inc)

"One of the greatest things you have in life is that no one has the authority to tell you what you want to be. You're the one who'll decide what you want to be. Respect yourself and respect the integrity of others as well. The greatest thing you have is your self-image, a positive opinion of yourself. You must never let anyone take it from you."- Jaime Escalante (Source: Xavier Edu)

Whatever the case may be, here are more articles featuring positive business quotes to inspire you:

Don't Give Up! Find Your Own Business Success

As a business owner, you're likely to face struggles. Reading about other people's success and especially studying what they've got to say can help. That's why we've shared some of the best business motivational quotes we could find.

In this article, you’ve seen some of the business motivational quotes from people who worked to become successful. These business success quotes might motivate you, give you hope, or inspire you. If you work hard and don’t give up, you’ll gain experience and maybe even financial rewards.

Find the best business motivational quotes for you and put them somewhere that you'll see them regularly.

Sarah Joy
Freelancer Writer, Dallas Area, USA
Since 2019 Sarah Joy has been a freelance instructor at Envato Tuts+. She has published over 50 informative business tutorials. Sarah has a Communications degree from SNHU. She is also certified in Microsoft Word, Excel, PowerPoint, and Access through Collin College. In addition, Sarah writes about a wide variety of popular business tools and other business topics.
sarahjoywriter
Weekly email summary