If you lack a clear understanding of grammar rules, it can keep your ideas shackled to a fear of writing or even speaking publicly. This fear can put quite a damper on your freelancing career, too, since through writing you can grow your freelance business.

This is especially important for you as a freelancer.

Your website, emails, even your comments on forums and blogs are ways through which clients and prospects judge your business. If you lack grammatical grace, outsiders may begin to see you as less than legitimate.

Now, don't panic. You do not have to retake your high school English class. Knowing what common grammar mistakes to avoid will grow your writing skills leaps and bounds. In addition, you will have more confidence in both written and oral expression. And you'll have less fear of the perceived "persnickety" police that gleefully ticket offenses.

I like to group apostrophe mistakes into two categories: (a) possessives and (b) contractions. We'll discuss both below:

When you possess something, it means you own it. A noun (a word that is a person, place, thing, or idea) that is possessive is distinguished from a plural noun by use of an apostrophe.

To make a contraction

Spellcheck is awesome! But it does not tell you if you have used the wrong spelling of a word for the context of your sentence.

Common words that people get confused involve contractions and their homophone pronouns (i.e. their, there, and they're; its and it's; your and you're). Basically, if you include an apostrophe, you are using that apostrophe to join two separate words together to create a new word. For instance, the word "they're" is actually "they" and "are" combined. The non-apostrophe spellings are actually possessive pronouns used to take the place of a noun that possesses something.

Try this test if you ever get confused, and even I have to do this constantly. To see if you need a contraction, try breaking the word into the non-contraction form. If it makes sense, then you need the apostrophe form. If it doesn't make sense, use the non-apostrophe spelling.

The their, there, and they're homophones need a bit more explanation. Both their and there are pronouns. However, their is a possessive pronoun, while there is a pronoun used either as a placeholder or to replace a location noun.

Every sentence needs a subject and verb; "there are" and "there is" are common "placeholders" used as subject/verb combinations. Basically, if you can replace "there" with "here", then you are using this pronoun correctly.

Word term violations, including the apostrophe ones above, seem to be one of the most common errors made by freelancers, bloggers, website owners, or really anyone without a formal grammar background. Some terms are easy to keep straight with tests, like those above, but for others, you simply have to pull out your memorization tricks.

The confusing aspect of "affect" and "effect" is that both can be used as verbs or nouns, contrary to popular believe. If you memorize the definitions, however, you can keep them straight.

3. Inconsistency with Singular and Plural Words

One problem with the English language (and there are many) is that our pronouns are quite confusing. For one, there is no plural form for 3rd-person pronouns, such as "him" and "her". It would make writing so much easier to be able to say "hims" or "hers", "hes" or "shes".

You do not really need to know these terms to know how to combine two complete sentences correctly.

I am quite weird. I've loved grammar and mechanics of the English language since I was old enough to start putting sentences together. You would think that I might be a persnickety police person, but I have come to understand over time that most English speakers do not just "get" the rules like I do. This is why a few grammar mistakes here and there is not going to ruin your reputation as a freelancer. If you know the basics and avoid the most common grammar mistakes that many people make, you will look near-flawless to the majority of the population.

Therefore, study the common errors above. If you make any other mistakes that your readers point out often, then learn how to correct these errors as well. In no time, you should be able to communicate effectively both in speaking and especially writing. As a result, you will increase your plausibility as a legitimate freelancer in your field, much more easily drawing clients to you rather than making them cringe every time you send an email. 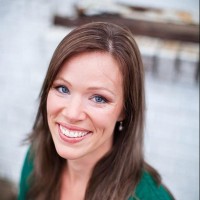 Tara Hornor
Tara Hornor has a degree in English and has found her niche writing about marketing, advertising, branding, graphic design, and desktop publishing. She co-owns and runs a copywriting business with her husband, Justyn Hornor. Recently, they have also begun diving into understanding and writing about web design and coding. In addition to her writing career, Tara also enjoys spending time with her husband and two children.
Weekly email summary