Essential Steps to Submitting an Article to a Magazine

If you're looking to be a freelance writer, your bread and butter will likely be submitting articles to magazines. And while the big names in the business usually have no problems in selling their articles, the less experienced writers have to work harder at it.

Working harder doesn't necessarily equal success, however. It takes a smart approach to sell an article to a magazine editor. Smarts, along with a great article idea and persistence.

Follow these essential steps, and don't give up, no matter how many times you're rejected.

Choose the right magazine. You probably want to submit to magazines about topics you're very familiar with -- stuff you've written about or worked with before. If you go with topics you don't know much about, you'll be doing much more research, and your article will probably seem a little more amateurish. You'll also want to choose magazines that match your tone and style, although if you're just starting out you may not have that luxury -- you might have to match your tone and style with whatever publication will accept you.

Know the magazine and its market. If you try to submit an article to a magazine blindly, without knowing much about the magazine, you're wasting your time. Your proposal should be tailored specifically for that magazine. And in order to do that, you need to do a little research. Start by reading back issues of the magazine -- that will give you a decent idea of what the magazine's about, and who their audience is. Find back issues in your local library or online. Look out to see if most of their articles are written by staff or freelance writers -- if it's mostly freelance, you have a decent shot. Also look for tone and style, how many quotes they use, and whether the articles are informal or filled with facts and stats.

Read writer's guidelines carefully. Each magazine has its own guidelines, and they're usually listed on the website. Read them carefully, so you don't make mistakes right off the bat.

Have creds. Editors are looking for established free-lance writers, not people writing their first-ever article. You want to show that you have some experience, with samples to show the quality of your writing. Link to your samples (you should have a few good samples on the web), and be sure they're your best quality, thoroughly checked for grammar, spelling, style, etc. If you don't have much experience, you should at least have been published before in a school paper, in a community newsletter, on your own blog, or something small like that. Use those articles as your samples. If you don't even have that much experience, start in those places first.

Initial email. The initial email you send to an editor is similar to the cover letter that writers used to send (before email made communications instant and less formal). Your tone should be professional, but you should keep it rather short, as editors are busy and don't have much time. Get to the point ... tell who you are, what you want to do for them, and why it would be a great idea for the magazine. Do a one-paragraph synopsis (see below), and provide links to a couple of writing samples on the net. You only need 2-3 really good samples -- don't submit your entire portfolio or blog. Remember to tailor your email to the magazine, including writing samples, idea, tone and so forth.

On the web. Some magazines have web forms for solicitations. I'd suggest you use those, as they make it easier for the editor if you fill in all of the required info.

Synopsis. This is basically your article idea in a paragraph. It should show the style you plan to use, and grab the editor's attention in some way. Be sure to have an angle. Don't just write about web 2.0, for example -- how will your article be different than the hundreds of others on the topic? Be different, be new, be bigger, have personal stories. Don't go overboard on length -- keep it short and to the point.

Follow up. Persistence pays off in this industry. If you send a proposal once, and expect the editor to jump at the chance at hiring you, you have the wrong attitude. Someone with good ideas and persistence will be more attractive to an editor. If you don't hear back in a few days (or you can give it a week if you like), send a polite and short follow-up email. If you still don't hear back, follow up again. After four times, you can probably move on.

Submitting to multiple publications. It's not considered good practice to submit to multiple publications in the same market at the same time. If you want to sell an article to one magazine, don't also send it to their competitor. However, if the magazines are in completely different markets -- in different countries or cities, for example -- you could get away with it. If you're rejected from one magazine, however, you are free to go to the next. Even better, submit different proposals for different articles to different publications at once, so you've got several balls in the air at once, instead of waiting for one ball at a time to come down.

Ask for money. If it's your first article, you might be happy getting it published for free. After that, however, you should be asking for money. Perhaps not in the initial email, but definitely in the second email. If you go in with the attitude that you don't care about being paid, you will come off as an amateur. And that will hurt your chances.

Don't be afraid of rejection. Everyone gets rejected, even the best writers. And if you're not an established writer yet, you'll probably get rejected numerous times. It comes with the territory. Just accept it, and keep trying. 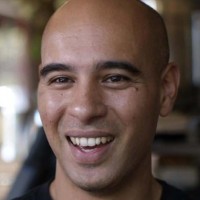 Leo Babauta
Leo Babauta has been a reporter, editor, speech writer and freelance writer for the last 17 years. Leo writes for numerous blogs notably including LifeHack.org and his own blog about simple productivity, Zen Habits.net.
Weekly email summary
Subscribe below and we’ll send you a weekly email summary of all new Business tutorials. Never miss out on learning about the next big thing.
Advertisement
Translations