Startup Idea Qualification and Risk Elimination in the Early Days

If you’ve reached a point where your new startup idea is keeping you awake at night, it’s probably a good next step to look for some external validation. That is, you’ll want to consider (and thereby, reduce) the risk associated with diving in head first on turning your idea into a company. After all, startups are risky business.

In this article—part two in the “Launch a Startup” series—my goal is to help you determine the inherent viability of your idea as a potential hyper-growth business. We’ll explore the process of market analysis to determine how much (if any) of your time should be spent on pursuing what will inevitably be an uphill climb. Consider this the due diligence you perform on your idea before deciding to quit your job and dedicate yourself to it full-time.

To set the stage, it’s helpful to consider the context of startup idea qualification. First, the only person that you really have to convince at this point in the process is yourself. Not everyone will see your idea or vision for what it is or might become. And not every idea can be considered in a black-or-white, right-or-wrong light. With that in mind, it’s also helpful to recognize that execution trumps the idea itself. Meaning, you may ‘qualify’ an idea, but you’re still going to face an enormous amount of execution risk in the early days of your startup. Lastly, there are innumerable methods for qualifying or validating ideas, and this article will highlight just a few of them. It’s best to keep an open mind and force yourself to think outside of the box as well.

Now, if you’ve been involved in building a new product in past half-dozen years or so, you’re likely familiar with the other MVP. That is, the minimum viable product strategy. We’ll explore this concept more in subsequent articles, but in a nutshell the minimum viable product (MVP) theory to maintain stipulates that you should do no more work than what is minimally required to open the feedback channel from customers (or prospective customers).

To achieve what I’m referring to as MVP-thinking, I find it more useful to think of the MVP not as a product but as a test. As you set out to qualify your idea, you’ll perform a series of tests or iterations that help you ascertain its ultimate viability. In this respect, the MVP evolves as you move your idea closer to the concept of product-market fit (without necessarily having built the product yet).

Bearing in mind that MVP-thinking will help you qualify (or disqualify) your ideas with some efficiency will go a long way towards helping you maximize the utility of some or all of the tools covered in the next section.

As I’ve mentioned, there are a truly countless number of tools or methods out there that can assist you on your journey to the subjective point of idea qualification. Here, I’m going to present a few of the tools that are available to you for little or no money. You will, of course, have to invest some time and thought. Often, your time availability will impact which tools you adopt, as well as your overall strategy.

It’s also worth noting that all of these tools are meant to be used in conjunction with one another and/or interchangeable. In other words, you may want to take an ‘all of the above’ approach as you’re getting familiar with the process. Without further ado, let’s explore.

A few years ago, the Lean Startup Machine spawned the Validation Board, which is essentially a visual representation of iterative, focused startup idea testing. The Validation Board forces you to consider the core assumptions around your idea and prioritize validating or changing them based on analysis that begins with the riskiest assumption. So long as you can embrace the methodical nature of it, the Validation Board can help you focus your thinking in ways that will save you time and money in the future (check out the case studies on the site).

Perhaps the greatest benefit to adopting the approach offered via the Validate Board is that it promotes helping you evolve your idea into one that you’re confident in pursuing. Rather than a single yes-or-no outcome, you’re forced to adapt your idea to your test outcomes. The result is a well-thought, well-researched idea that carries real market weight and upside. Perseverance is the primary trait you’ll need to tap into to get there.

If there is one risk to using the Validation Board it's that you may read too much (or too little) into the results of your tests. I advocate performing multiple tests before changing anything core to your idea—and to hedge against the risk of simply performing an unproductive test.

In what is primarily intended to be used as a promotional tool for startups in the pre-launch phase, LaunchRock can also double rather nicely as an idea validation tool.


In the process of using LaunchRock, you’ll also be collecting valuable email addresses of those who are interested in your new product. So long as you can avoid the temptation to get overly spam-y with these emails, they should come in handy when looking for beta testers and early adopters.

Taking the email capture landing page a step further, allow me to introduce Unbounce. Unbounce is a landing page engine and A/B testing platform that will provide you with the ability to get more creative than tools like LaunchRock currently allow for.

In the very early stages of idea qualification, A/B testing is probably less valuable than the ability to quickly deploy well-designed landing pages. In a sense, you’re simply looking to establish interest, not necessarily to optimize it. That said, A/B testing could compliment an iterative testing approach (such as with the Validation Board) quite well. It all depends on the level of qualification/validation that you’re looking for.

To get the most out of any landing page idea qualification strategy, follow these steps:

The Unbounce site has a host of example landing pages that should help you formulate a plan on how to most effectively qualify your idea with this approach.

To effectively test a landing page or its underlying assumptions, you’ll need to drive some traffic to your page(s). One of the quickest ways to do so is to launch a pay-per-click (PPC) campaign.

Depending on your budget and target market, you may opt to use one or more of the big three ad platforms: Google AdWords, Facebook Ads, and Bing Ads (formerly Microsoft adCenter).

Qualifying your idea will depend heavily on the keywords you choose to target, so spend some time considering your keyword-related strategy. In addition to measuring the conversion on your landing pages, you’ll also want to look at the click-through rate (CTR) of your ads. Generally speaking, a high CTR and a low landing page conversion would indicate a poorly constructed landing page. Conversely, a low CTR and a high conversion rate would indicate room for improvement in terms of ad copy.

For more on conversion best practices, head over to our landing page optimization guide.

Another effective way to drive traffic to your test pages is to leverage the social web. Where does your target market reside within the universe of social media? What are the best ways to engage with users on these platforms? These answers will help you get the ball rolling on using social media to validate your startup idea. Of course, if you prefer to go the ‘stealth-mode’ route, social media may not be the best choice for you.

If there is a danger to using social media in the context of idea validation, it's that there is a certain randomness to outcomes – and so expectations need to be tapered. For example, it’s much easier for someone to click a ‘like button’ than it is for him or her to fill out a landing page conversion form. So, I’d caution against placing too much stock into high-level social media feedback (positive or negative).

One tool that we all have access to—and that you’ll undoubtedly need to embrace as an eventual startup founder— is ‘the hustle’.

Not sure where to start with regards to idea qualification? Step outside of your house/office/routine, literally, and talk to people. Have conversations. Practice selling your product as if it’s built and ready to ship.

Track down the people in your network who you think might understand the problem you’re solving and take them out for a coffee. Go to the businesses that might one day buy your product and introduce yourself to the decision-makers. Pitch your idea at a local startup event. Strike up conversations with strangers on the street. Wear a sandwich board and measure honks per 100 cars. You get the point.

The online marketing equivalent of boots-on-the-ground hustle is perhaps the relatively new concept of growth hacking. In some sense, any and all of the tools described in this article rely on the idea of growth hacking—that is, using low-cost, creative ways to achieve a desired outcome (here, it’s all about qualifying your startup idea).

And while we’re on the topic of hustle, it’s also worth noting that we in the land of Startupdom often get carried away with scalability, and that can be a barrier to gathering critical feedback in these very early stages. Conversations still drive business and it’s no different in the realm of startup idea qualification.

At this point, you're armed with resources to qualify that your startup idea, to determine if it is (or is not) worth actively pursuing and building a company around.

To be sure, idea qualification is a relatively uncertain and ongoing process. Until you achieve real product-market fit (one to two years later, with a little luck along the way), you’ll constantly be evaluating your idea, company, or direction on the basis of the feedback you’re gathering. That said, effectively qualifying your idea—and some of its underlying assumptions—will help you eliminate some of the avoidable risk before you dive into those shark-infested startup waters. Proceed from here with caution.

In the next article, I’ll provide you with tips on recruiting a founding team and attracting talent to your idea. 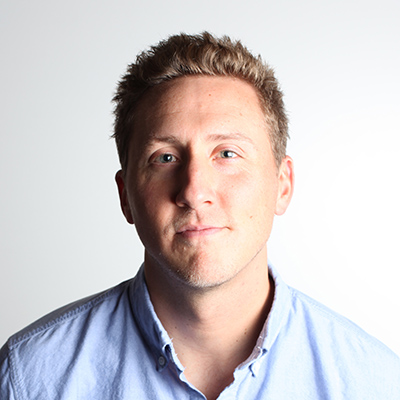 Eddie Earnest
Eddie Earnest is the founder of SecondSenior, an online platform that connects families in need of home care with local caregivers. He focuses on staying ahead of the marketing curve and using that knowledge to build awesome companies.
Weekly email summary