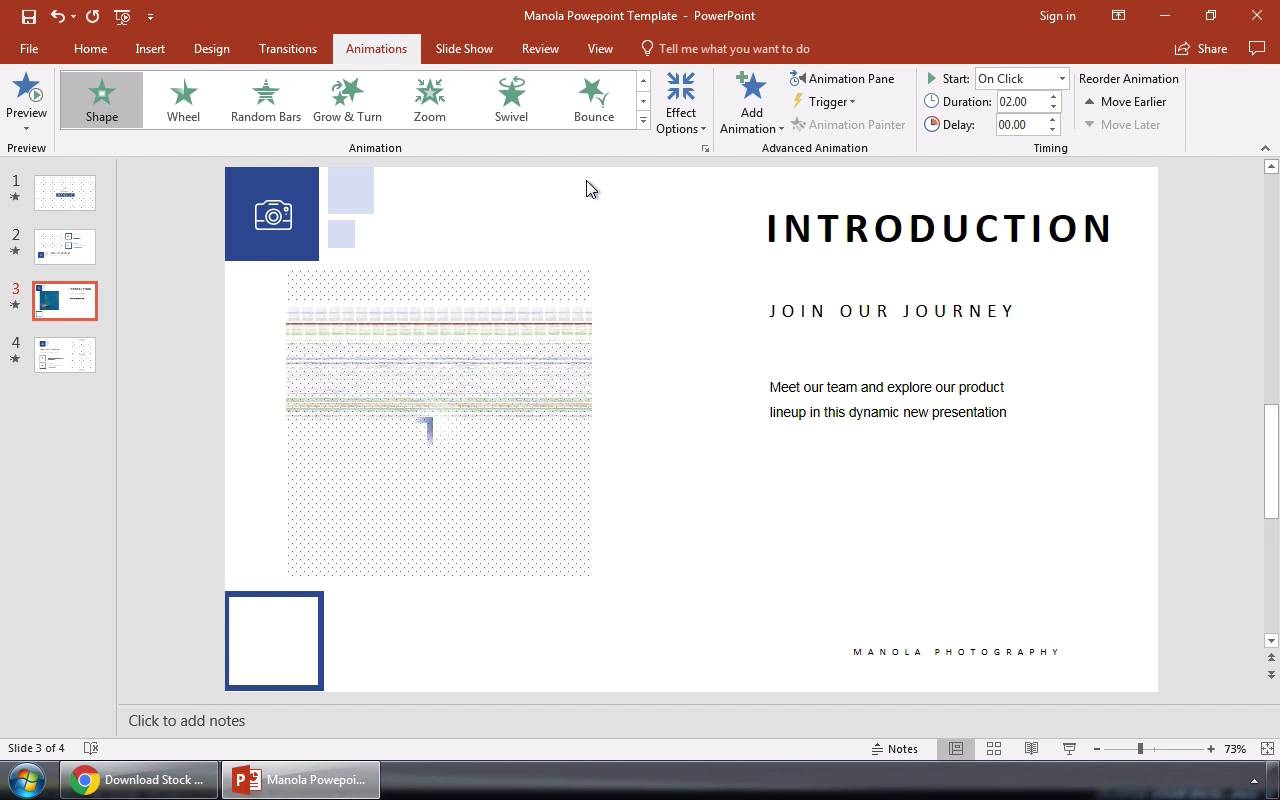 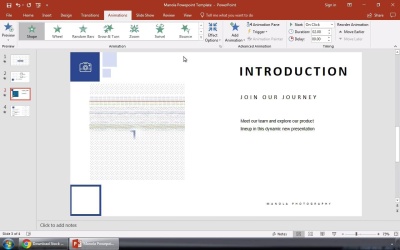 Previous
Turn Autoplay Off
Next Lesson

Next lesson playing in 5 seconds

2.8 How to Use Animations in PowerPoint

When used properly, animations can set up a big reveal or dramatic transition. In this lesson, you'll learn to apply them without distracting your audience.

2.6
Work With Images and Backgrounds in PowerPoint
03:17

2.9
How to Add Videos to PowerPoint Presentations
02:54

2.10
How to Insert GIFs in PowerPoint Presentations
02:42

2.8 How to Use Animations in PowerPoint

Animations in PowerPoint refer to how objects appear on your slide. This can include text, images, charts, videos and more. Animations are a way to add visual interest and avoid introducing concepts all at once. I'm working on slide here and as you can see there's several types of content on it. There's a title, a subtitle, a text box and an image. Now by default when I advance to this slide in PowerPoint, everything you see here will show up at once. In some cases that's totally fine. But suppose in this case I want to start off with my title and subtitle all at once, then show the body of text and finally, wow my audience by showing the image. That's where animations come in. First thing's first, I'll start with the title. I'll click on the title box to select it, and then come up to the animations tab on PowerPoint's ribbon. The left half of this new menu here at the top shows the many animations available to use. I can even click on the this drop down arrow to get an even wider selection. I really want something eye catching, so I'll try this swivel option. I'll click to select it and you can see PowerPoint previewing the effect. Since I want to animate the subtitle the same way, I'll repeat these same steps. I'll click to select the subtitle and then add the swivel animation. Next up, it's time to handle the main body of text right here below. For this I want something less fancy, so a simple fade should work. With the text box selected, I'll just return here to the animation pane, and then choose fade. And finally for the image, I want something dramatic. Lets say it's a big unveil. So I want to build little suspense. For this I'll choose the shape animation. Boom. We've added four animations to our slide. But we're not finished. Remember how I said I wanted the title and subtitle to animate together. By default PowerPoint introduces animations the order that they were added, one, two, three, four. But I want items one and two to appear on my slide at the same time. To customize animation order and timing, let's come back up to the animations tab, and then click animation pane here at the top. This is really the control center for animations in PowerPoint. You'll see a new side bar on the right with all of our animations listed. Since I want to group one and two, I'll go ahead and click right on item two here. Then I'll click start with previous on the drop down. Now you'll see only three number animations listed. But still our same four options. The one we just changed is now nested under item one. So it'll start at the same time. There are other changes that you can make as well. Up here in the timing menu you can change animation duration, delay, start, trigger and more. This gives you the ability to match animations to the pace of your overall presentation. You can also reorder animations up here or by clicking and dragging in the side bar. In just a few clicks the entire dynamic of the slide can change. That's it. Now that things are styled and ordered correctly, it's time to preview our slide. I'll come over here to the Preview button in the upper left corner and click on it, and it's perfect. As you can see, the title and subtitle animate in simultaneously. They're followed by the text box and finally the image here on the left. One word of caution, too much animation can be distracting and annoying to your audience. It really pays to keep things simple and understated. Next up we'll check out another great PowerPoint feature, the ability to add videos. Thanks for watching

Back to the top

Andrew Childress
I believe that life is too short to do just one thing. In college, I studied Accounting and Finance but continue to scratch my creative itch with my work for Envato Tuts+ and other clients. By day, I enjoy my career in corporate finance, using data and analysis to make decisions. I cover a variety of topics for Tuts+, including photo editing software like Adobe Lightroom, PowerPoint, Keynote, and more. What I enjoy most is teaching people to use software to solve everyday problems, excel in their career, and complete work efficiently. Feel free to reach out to me on my website.